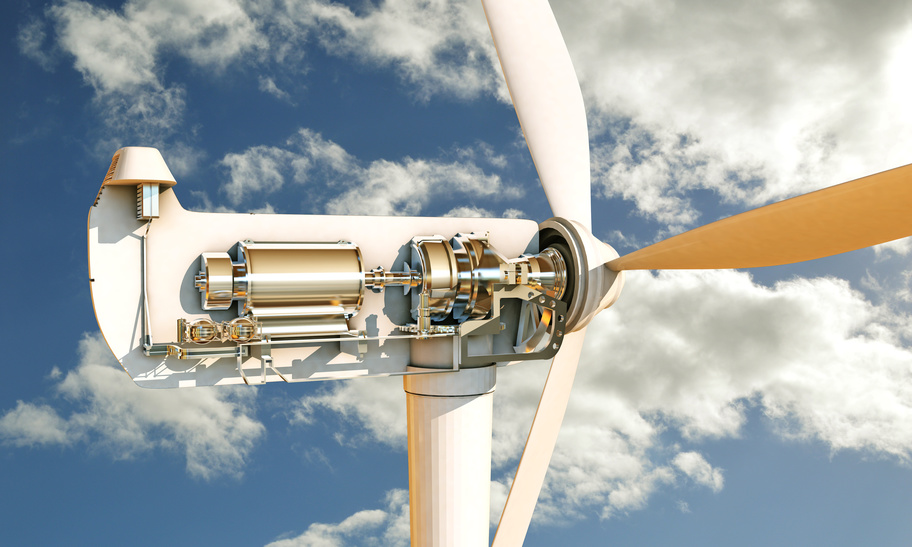 Wind power has been used for thousands of years. From using windmills to crush grain or pump water, civilizations have seen the benefits offered by the wind. But how exactly are modern wind turbines being used to create renewable energy?

What do wind turbines do?

Wind turbines are tall machines (about the same height as the Statue of Liberty) designed and built to convert the wind’s kinetic energy into mechanical power to generate electricity.

Should you require more information about our wind turbine services, get in touch with our team of countrywide experts at ANEMOI today.

An increase in demand for renewable energy and electricity required worldwide is driving the growth in the wind turbine component market. While wind turbines may seem minimalistic to the average eye, they consist of various components that allow them to transform the wind’s kinetic energy into mechanical power to ultimately generate electricity.

Modern wind turbines come in different sizes, but they generally consist of these main components:

Rotor blades generate aerodynamic torque from the wind and resemble aircraft wings. One side is flat, while the other side is curved to allow wind to flow quicker over the blade edge to create a difference in pressure on both sides of the blade. To equalize this pressure difference, the air effectively pushes the blades and causes them to turn.

The nacelle consists of the drivetrain that converts the aerodynamic torque into electrical power. It contains a set of gears that translate the blade rotation speed from a low-speed shaft to a high-speed shaft that goes into a generator in the nacelle. The generator is connected to the converter, which can convert the speed from the generator to grid-frequency. This is then transformed into the grid.

The tower holds the nacelle and rotor blades off the ground at a height to garner ideal wind speed. Towers are typically constructed approximately 50 to 100 meters above ground or water surface. Offshore tower foundations are generally secured to the bottom of the body of water, but research is being done to develop towers that can float on the water surface. The tower also provides access to the nacelle for maintenance.

If you require information on wind turbine components or our wind farm services, get in touch with ANEMOI today. 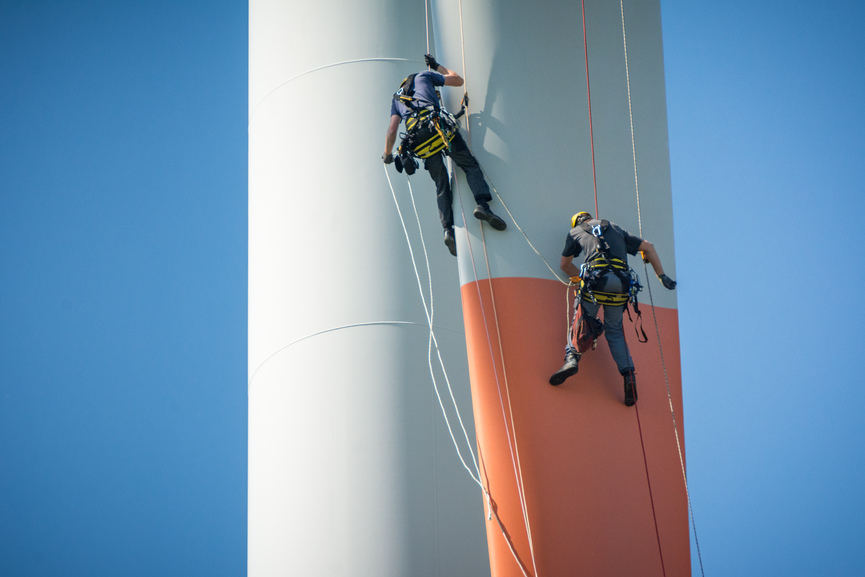 Renewable energy is growing at such a rapid pace that the American Wind Energy Association (AWEA) says that wind energy was responsible for 39% of the energy capacity in the US in 2018. Wind Turbine Engineer Technicians are becoming sought-after with a growing wind energy sector, and the occupation shows promising growth and wage numbers.

What does a Wind Turbine Engineer Technician do?

Broadcast Media Services followed a day in the life of Wind Turbine Engineer Stephen Fisher, who was working on the London Array – one of the world’s largest offshore wind farms. Fisher explains that his work typically involves climbing the turbine, where he then takes off filters and puts fresh oil in certain parts. Work will often include having to crawl underneath tight spaces or even climbing into the blade to change the grease inside the blade.

A typical day at work for a Wind Turbine Engineer

What do those in the Wind Engineering industry say?

Those in the industry believe it’s one of the best careers to follow. Renewable energy will continue to grow, and once you get into the industry, you’ll have a lifetime career. You get paid to climb turbines and enjoy some unbelievable views – not something everyone gets to do at work.

If you would like more information about the services our team of expert wind turbine engineers offer, get in touch with ANEMOI today.

The United States has seen a drastic increase in the installation of wind farms over the last decade due to greater interest in investing in renewable energy. The US Geological Survey (USGS) estimates that an average of 3000 wind turbines has been built annually in the US since 2005. The US Wind Turbine Database contained more than 58 000 wind turbines in 2019, all of which were constructed after 1980. Today, there are approximately 1500 wind energy projects that span at least 43 states in the US. As technology continues to evolve, so too do wind power projects.

Largest wind energy projects in the US

This is the first wind farm to utilize GE2.5XL technology, and ANEMOI was afforded the opportunity to be the first company to complete a gearbox oil conversion on the turbines at the 845MW wind farm. ANEMOI met Amsoil’s strict standards, and our experts have mastered the process.

Three ANEMOI teams were deployed to work six-days-a-week for two months to perform the pitch battery replacements on 305 turbines. Each crew performed an average of two towers per day and finalized the work under-budget and four weeks ahead of schedule.

Tucked deep in the Appalachian Mountains, logistics and transport proved to be challenging when ANEMOI was called upon to perform annual maintenance at all of the site’s wind turbines within three weeks. Our five crews with three technicians per team completed the project on time and provided valuable feedback on such focused maintenance feasibility.

One ANEMOI crew of three technicians performed 162 Pitch & Yaw oil changes three weeks ahead of schedule, finalizing work in just over seven weeks. The site was so impressed that they requested ANEMOI to perform additional site maintenance for eight extra weeks.

ANEMOI performed 67 gearbox oil conversions from Castrol A320-X320 and was the first company to perform this conversion to X320. ANEMOI was instrumental in developing the procedure, working closely with GE and Castrol to ensure the best overall results.

If you would like to discuss your energy needs for your wind farm, get in touch with our countrywide experts at ANEMOI today.